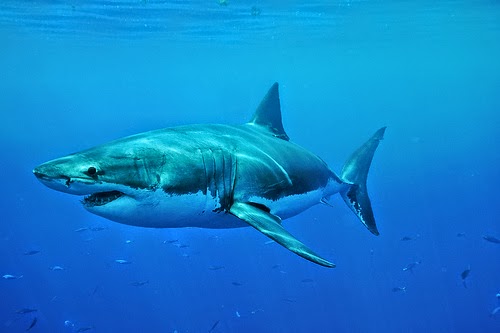 Why aren't we born with natural instincts to survive without our mothers like that of a shark? Disciplining and preparing both my six-year-old and my eight-year-old to function properly in this godforsaken world has got to be one of the hardest parts for me. It's utterly exhausting and overwhelming in short. They test the limits and push the boundaries until I've reached the breaking point. Typically in the mornings as I'm getting them ready for school.

I've googled parenting advice online and downloaded countless books. But let's face it, every mom becomes an expert after having a child, feeding knowledge through the internet to fresh, newly-weakened comers starving for liberation (I'm guilty as they come). Some who are authors who write books that possibly become a New York Times Best-Seller. Successfully selling them off the shelf to desperate, frazzled moms (like me). And then, there are those of us who blog about it in hopes that Huffington Post will take notice and spread like wildfire. All excellent parenting advice, but I've YET to develop a technique that STICKS.

I then dug deep into my roots and shifted towards my ancestor's method; most relate to the old school way; magically whipped out a hefty size belt-buckle in midair. I thought, why not if it worked on me? I've tried the Latin way, sported a wooden spoon around my neck and occasionally grabbed a chancleta (any slip-on shoe) when one was within reaching distance. But this sort of discipline did nothing, as it had the opposite effect on mine! They'd laugh instead of cry for God's sake! What child does that?! MINIONS!

Nothing seemed to work. My 'MINIONS' were overtaking the entire house. My anxiety and frustration just grew bigger and BIGGER. I even tried military discipline by deepening my voice with authority and shout, "GET YOUR FREAKING BUTT OVER HERE OR ELSE", or, "DON'T MAKE ME KNOCK YOU OUT IN FRONT OF THE NEIGHBORS", or,"I SAID MOVE IT...MOVE IT" I could have written a rap song...But nevermind that. And once again, they'd think it was hysterical because I said the funniest word to ever exist, TO THEM, in all of history. Yes, the word BUTT. Meanwhile, my neighbors assumed someone DESPICABLE (ME, of course) moved in next-door. I saw them once since we first moved here back in July and even tried saying hello. I walked over to introduce myself as they swiftly scrambled their way inside their home. One word. AWKWARD.

So then I chose to go with the times, printed out the infamous Reward Chart and stuck it on our refrigerator door. They needed to gain five stickers a day during the week in order to get a prize on a Friday. It worked for a while, but then I realized giving them a reward every week was doing them more harm than good. Not to mention, it was becoming a costly operation, as they became reliant on prizes for EVERY FREAKING thing they miraculously achieved without a fight. "Okay, Mom, I'll brush my teeth, if you give me a sticker." "Sure, I'll wipe my OWN BUTT... hehe... if you give me a sticker."  "Oki Doki...You say bath. I say PRIZE!"

If you're wondering about timeouts, it faded away a long time ago as it became a challenge especially in the mornings when I needed to get them to school on time. I began to lose hope and knew that something needed to work AND SOON. I was fighting a losing battle and didn't know where else to turn. I was running out of techniques! I hated to spank. I hated to shout. I hated timeouts. I bet you're asking yourself why is it that I even had kids in the first place? How can I not know what it involves, and why was I so blind? The truth is I knew it would require sacrifices and patience, and PATIENCE IS A VIRTUE. I have a heart of a lion and the soul of an elephant, if life did not come with challenges then what is living?

So what approach have I chosen for mine? It changes from time to time, to be honest. I use whatever course of action that feels right at that moment. Of course, I'd fall but I will not succumb. It's an understanding between human beings. Children are no different. They want to please their parents. They want to learn and understand the reasoning behind the cause. They want to become independent and respected just like we do; it's that simple. Why can't I play Catch-Me-If-You-Can before school starts? And yes, you have to spell it out for them. B-e-c-a-u-s-e  i-f  y-o-u  a-r-e  t-a-r-d-y  a-t  s-c-h-o-o-l,  y-o-u  w-o-n'-t  h-a-v-e  r-e-c-e-s-s. In other words; If you break the law you'll go to jail! And if you want to be a big boy then you must act responsibly to become one. (Tip: Have these conversations when they're inside the vehicle and strapped in, when there's no other choice for them but to listen.)

I told myself; there are no rules set in stone, I'd set them as it became fit. But there IS one rule set in stone. Communication. Make that two. And Don't disturb mommy when she's having her cup of Joe in the mornings. Make that three. Also WINE in the evenings. I converse with them about everything that should matter to them in the world, about what society is like and how difficult it can be to fit in if you don't act responsibly. I continue to teach them about consequences and the theoretical theory of cause and effect. I teach them to have consideration, and understanding one another.

As for a reward, I praise them for good behavior with lots of hugs and kisses. I also like to keep it childish sometimes, stoop to their level and just have PLAIN OL' FUN! By me showing interest in their interests, I'm showing them respect for their wants and needs conversely. That playing is okay at appropriate times and not before school starts!

So go ahead! Be a kid-at-heart and let loose now and then.

Now please excuse me while I put on my NERF gear and show them who's the BIG fish around here... 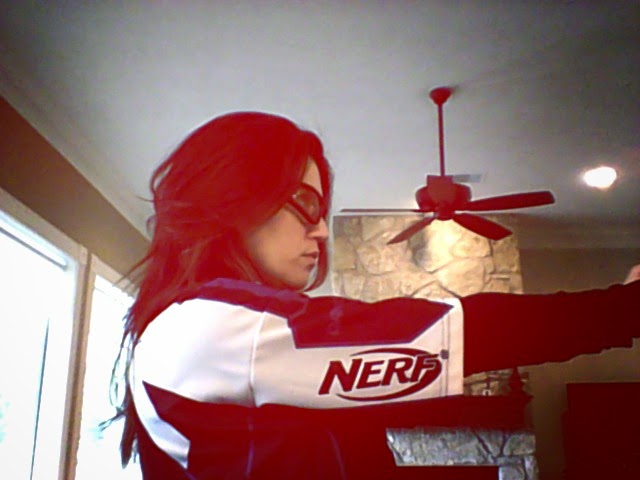 Posted by pokerfacemom at 8:16 AM