I love my Suki! 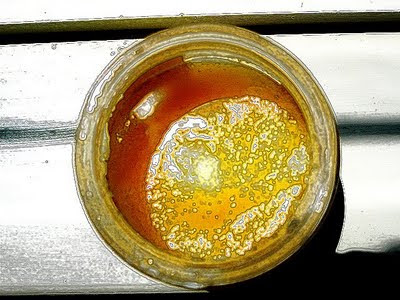 It sounds like a car not a facial care product, and yes, I do love my Suki! A product recommended by Sophie Uliano, the author of the book Gorgeously Green, credited by Julia Roberts who promotes and swears by the book. So of course, I needed to pick up a copy, and read it for myself. And I'm pleased to say that I'm 110% satisfied with one particular product. And, since I'm a mother of two busy little bodies, it's hard to treat myself to a facial as often as I like to. Suki has made it possible with a product like this one.

It's an exfoliate foam cleanser with sugar, rice flour, lemongrass and orange that gently cleanses and exfoliates dead cells, leaving your skin feeling like a brand-spanking, new-to-the-world, untouched by harsh chemicals, and environmentally damage-free, newborn skin! Its no wonder why the metaphor "baby soft skin" is over used to sell skin care products. Best way to describe it would be, soft to the touch, silky and smooth, never seen the light of the sun, hairless booty.

So, I'm totally on board with this product, until scientist can come up with a procedure that can repair cell tissue to its youthful state, which I've heard is on the works. I don't think I would mind being 90 something years old, on my death bed, looking fabulous and radiantly young. But, I would hope that I feel as good as I look during those last few years. Being shiny and new on the outside just doesn't make sense if it's old and dull, and not exactly tick-tocking like it should on the inside.
Posted by pokerfacemom at 1:44 PM 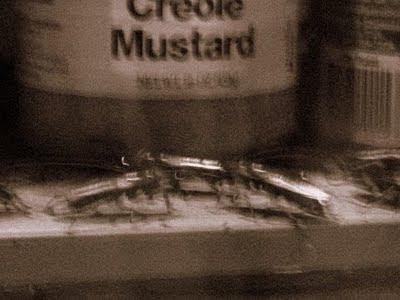 If you're not cringing or feeling chills up and down your spine right about now, then more power to you! We took our entourage, which included the grandparents, to see The Audubon Insectarium a few weekends ago. It was the perfect time to go since we are experiencing molting hot temperatures down here in the south for the past few weeks. And I knew that the building would be equipped with state-of-the-art central air conditioning systems that would keep us nice and cool with temperatures that felt like below 0 degrees.

The Insectaruim was everything I imagined it to be and more! I especially enjoyed the butterflies in flight exhibit. Mind-bogglingly, I was able to lose my entourage and experience it all by myself. It was like Zen. For the first time in a while I was at peace and serenity. OKAY! OKAY! Don't have a coronary, Mom! I essentially, NOT PURPOSELY, lost my crew and decided to go on without them. We must have made a thousand and one phone calls to each other in which all of them were DROPPED CALLS! I really need to make an old fashion phone call to AT&T and suggest that they consult with the Apple people about technical difficulties with the iphone and to ask them to PLEASE "raise the bar" a tad bit more. Anyway, after I was able to get through to them, we reunited and experienced the exhibit together as a family.

I thought the Insectarium was a little advanced for a two year old, but my little boy gave me the impression that he, remarkably, gets it. He pointed to every insect and called it by its scientific name. I mean, C'mon! What two year old does that? Here he is looking at the ant exhibit in fascination. He's either calculating how many ants are in a kingdom or daydreaming. My guess is.....he's totally daydreaming. 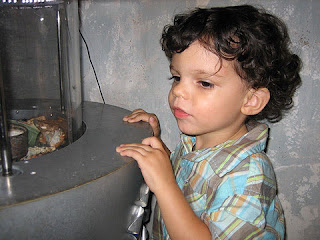 I should also mention that I don't have any problems whatsoever with MOST insects. But leave me in a room and lock me in with a single flying cockroach and I will scream like a girl starring in a horror movie and kick down the door like a undercover squad team.

I was fascinated by all of the insect exhibits, mostly the ones that were alive and not pinned down like some sort of science class experiment. I presume, and could only hope, that they were dead before they were pinned because of their short term life span. I couldn't resist not taking a picture of them, even though they were dead. Especially the butterflies and beetles, they had strategically pinned them in an artistic circular pattern and their colors were so beautiful and vibrant! Here are some quick shots I took. 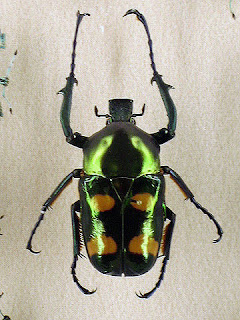 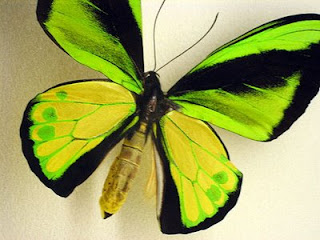 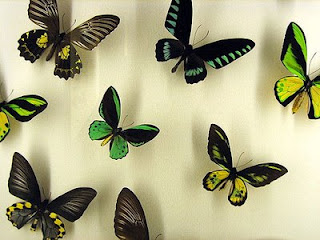 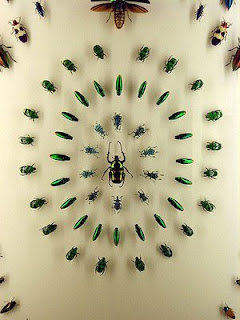 Now for the freak show! Leave me in a room with 50 something or so cockroaches and just call the paramedics! I would just die if these cockroaches were out of their glass confinement! Canned foods will never look the same to me again! Let me just say that I hope everyone washes the lids before opening their canned goods. 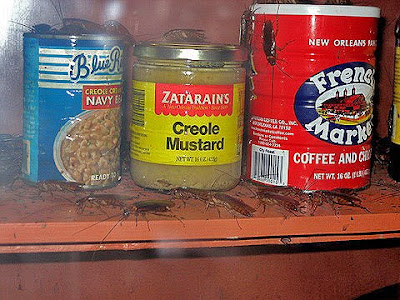 And now for the Lord Of The Flies! If you lock me in a room full of these prehistoric looking critters, I would keel over and DIE, then resurrect from the dead so I can get the hell out of there! 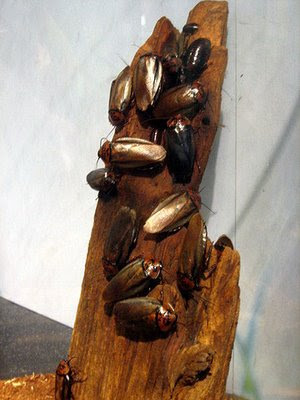 And this is what Anthony, my 11 month old son, goes by the name "Drama", thought about the whole experience. 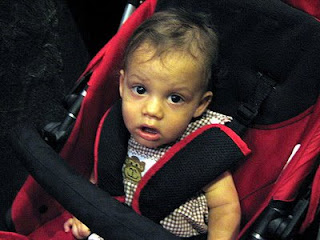 Posted by pokerfacemom at 6:54 PM